Hi, my name is Stephan. Next year I will be a sophomore at The Urban School of San Francisco. My starter project was the MintyBoost which is a smartphone charger powered by two AA batteries. My starter project has a similar idea as my main project. My main project is a smartphone charger powered by heat, but it can be applied to any device that has a USB charger. I chose this project because I thought that it had a lot of real world applications that it could be associated with. Finding a way to give power with natural sources would give access to power to many people who don’t normally have power in rural communities across the world by using similar technology. 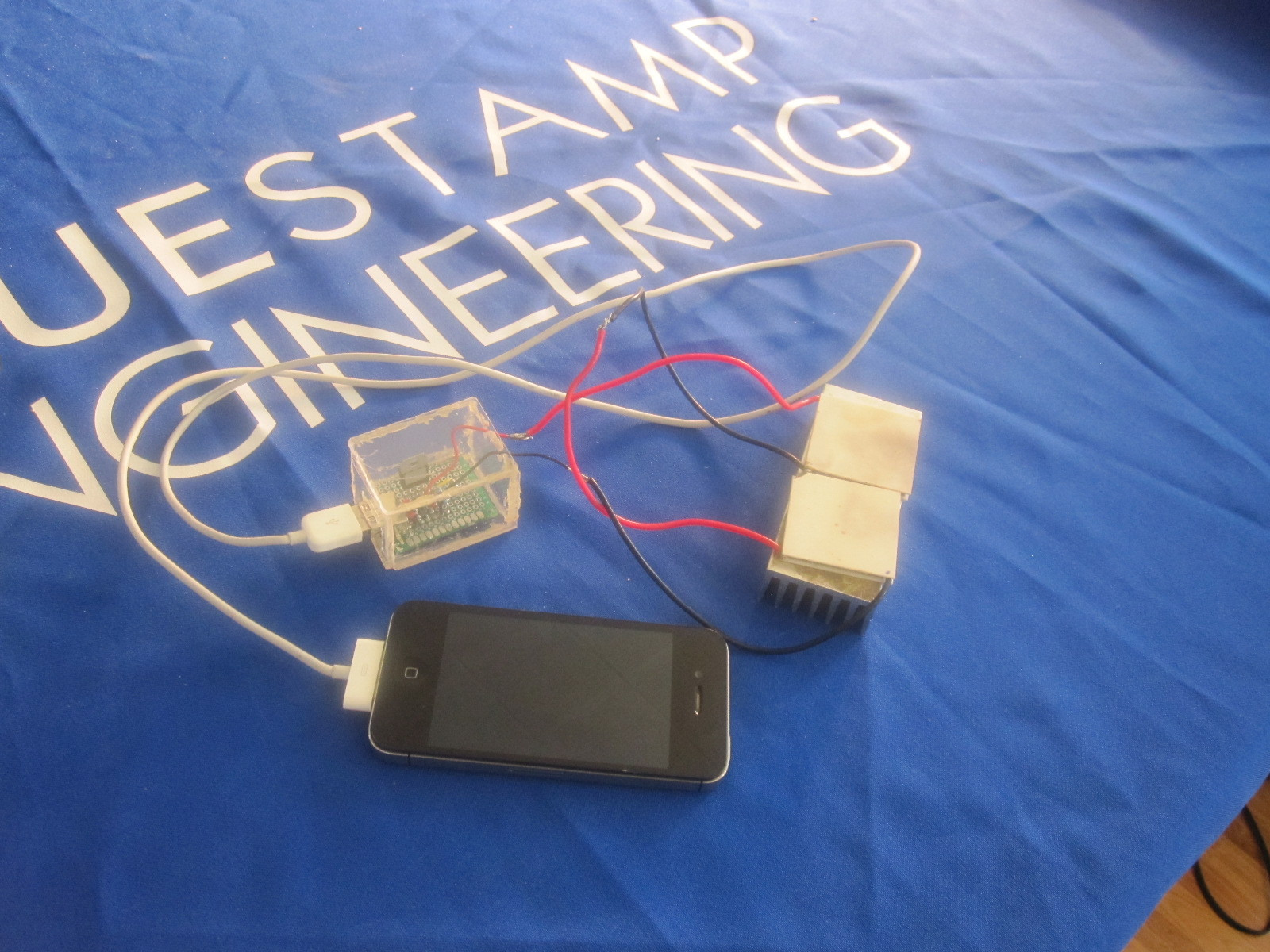 After my third milestone I added a few different components to my smartphone charger powered by heat. First, I added a female USB port that you can plug your charger cable into. I first had some trouble with this because I did not understand the different USB components. I soon found out that you need to give power to the data in and the data out ports as well. I also added a voltage divider to give just more than 5 volts to the power input and the power output as well as giving around 2 volts to the data input and the data output.

I also created an enclosure for all of the circuitry in which is water resistant but not water proof because of the area around the female USB port. The inclosure will help incase some water accidentally splashes around the circuitry because it will block some of the potential drips.

One of my main goals was to make the thermoelectric generators as efficient as possibly and after some research I was wondering what you could do if you did not have a stable heat source that was not hot enough and I came across some very interesting information. Because thermoelectric generators generate electricity based on the difference between the hot and the cold side. You could potentially put ice on the cold side and keep the hot side at room temperature so there would be a temperature difference even if you do not have a sustainable heat source.

After I had completed my second milestone with the boost converter I did some research about how I need to make the connection to a USB cord. I found that the voltage needs to be somewhat constant and around 5 volts. I had my boost converter boosting the voltage but really I need a tool to get the voltage constant and at a specific voltage. To do this I used a step down regulator to get a constant voltage that would be able to go through a USB. When I tested with the boost converter and the step down regulator it did not give me an output that I would be able to use to go through a USB.

Now that I scraped the boost converter the step down regulator is working and it is outputting the correct amount of voltage for it to go through a USB. My final video will be of a working device that will take heat and turn it into electricity that will be able to charge your phone.

It took me a very long time to make an effective and working boost converter that would make the output voltage higher than the input voltage. I spent a lot of time working with an IC that was not effective at all and in the end I believe that the IC broke but I did not realize that it may have broken. I then received an IC (TL499) that is capable of boosting the output voltage effectively creating a more efficient charger. The schematic for the boost converter was very difficult to comprehend and it took me a while to understand exactly what was going on. When I finally completed the boost converter it was very rewarding because of all of the failure that I had trying to make it.

This is the schematic diagram for the electrical components that were required for the boost converter:

How a Thermoelectric Generator works: 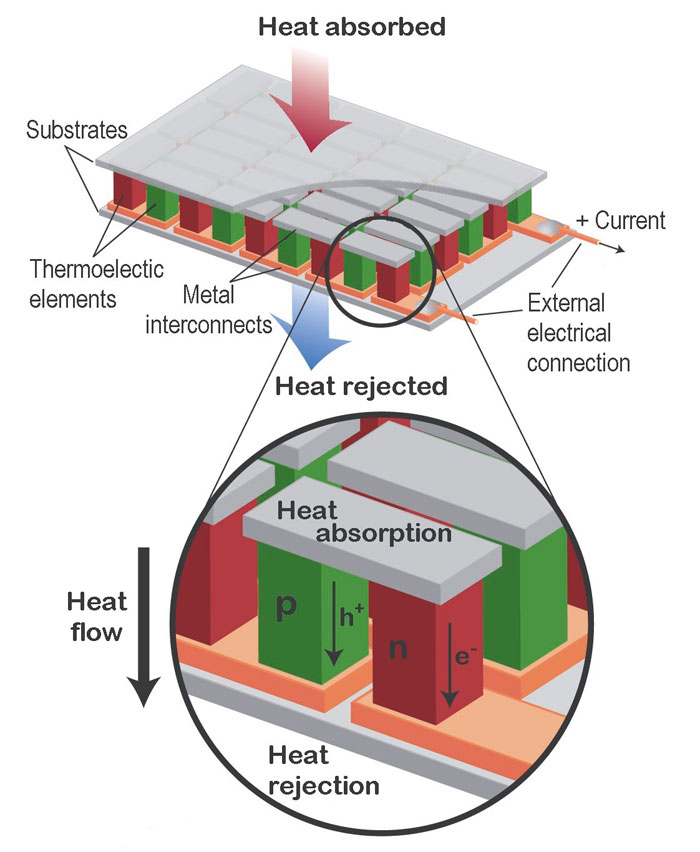 My starter project was able to charge pretty much any smartphone by using the power from two AA batteries. I learned how to solder as well as what the specific uses for the important components in my project did. I really enjoyed making this project because the directions were very specific allowing for a simple and flowing construction of the project. This project really taught me to focus on the small details while soldering because I ran into some problems when wires broke multiple times. But, overall I really had a good time making this project. I believe that some of the circuitry and the general ideas may be important for me to use in my next main project because it has a similar idea but it has a different power source. Instead of using batteries for the power source I will be using thermoelectric generators which generates electricity from heat.