Hello my name is Brandon and I recently graduated from Richmond High. My main project is the Raspberry Pi touchscreen camera. My project has a 5 megapixel camera capable of recording in 1080p and the picture quality is in comparison to a high quality cellphone. It’s also Wifi enabled to connect to the internet and share the pictures. This camera has a couple of great features. It has 17 different filters to add effects to the pictures taken. It also has two storage options such as to save on the SD card or use dropbox. Dropbox is a cloud like storage service that allows you to save different types of files and share them with other devices. This way, I can view the pictures I take with the camera on my computer or cellphone. It includes other things similar to other digital cameras like being able to adjust light exposure and image size. There’s plenty of other features that can be added such as time lapse recording and motion sensor surveillance. Other components included are a 320×280 LCD touchscreen display. The display quality isn’t as great but it’s still pretty useful. 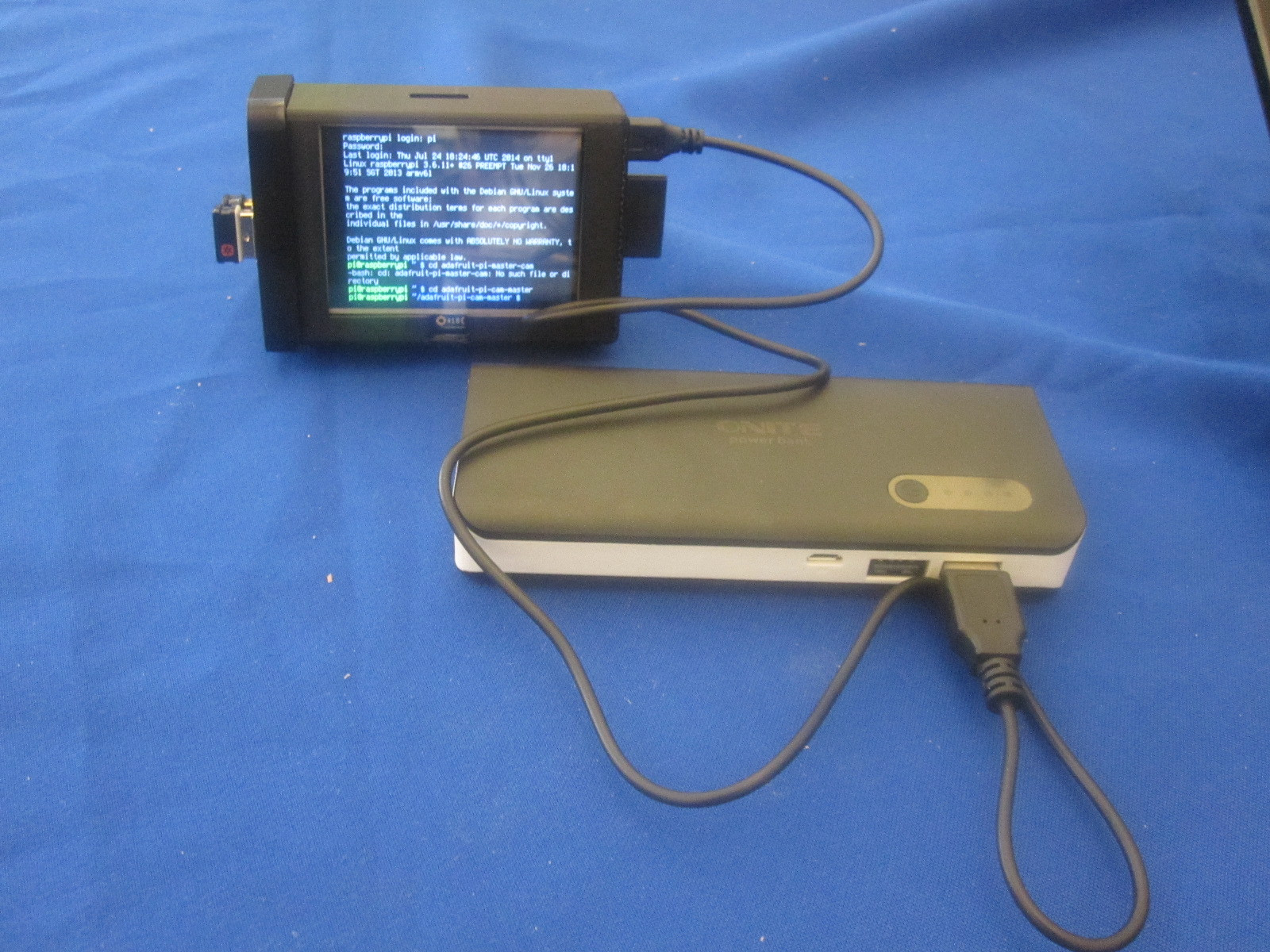 While making this I came across some difficulties. At first I was unable to boot up the pi because I needed a monitor and keyboard. This is the only downside of using a Raspberry pi. Another problem was connecting to the network. I was connected with a laptop but the computer didn’t share internet connection. This gave me the opportunity to learn about routers and network connections. The final difficulty was that the Raspberry pi data got corrupted and I had to start again. Keep in mind to always have a backup of your work, luckily I did have a backup which was a relief. This was my first time working with a Raspberry pi and I chose this project because while looking around the internet I came across many different ways one can use the Raspberry pi. This gave me an interest to learn about this simple computer and maybe do other projects on my own in the future. I enjoyed working with a Raspberry pi because its a handy tool to learn about computer science, which I’ll be studying for. For my first milestone, I was able to communicate with the raspberry pi via SSH. SSH is a network protocol that allows two networked computers to transfer data to one another. In order for me to use ssh, I first had to enable it the first time I booted the raspberry board. That was the problem because I needed a monitor and keyboard at first to enable it. In the end I was able to enable ssh communication by using a projector as display.

For my starter project I chose the ultrasonic radar. This radar is used in vehicles to help the driver avoid hitting objects while parking. There’s two sensors, one sends the ultrasonic sound waves and the other receives them. The waves bounce back once they reach the object and the waves are then transformed into electric current that activate the buzzer. There’s other electrical components such as diodes, resistors, capacitors, integrated circuits, a quartz crystal, trim potentiometer, and transistor. Before I started the project, I didn’t know what they were called and had no idea what they did. Now Im more comfortable with working with these electrical components.